Studying the Migration and Behavior of Great White Sharks

The white shark is among the most iconic predators in the ocean, but for all their public exposure, the lives of white sharks remain shrouded in mystery. In 2018, two saildrones tracked tagged white sharks with the goal of shedding some light on a long-standing question around their migratory habits. Why do white sharks regularly congregate in a seemingly inhospitable part of the ocean? 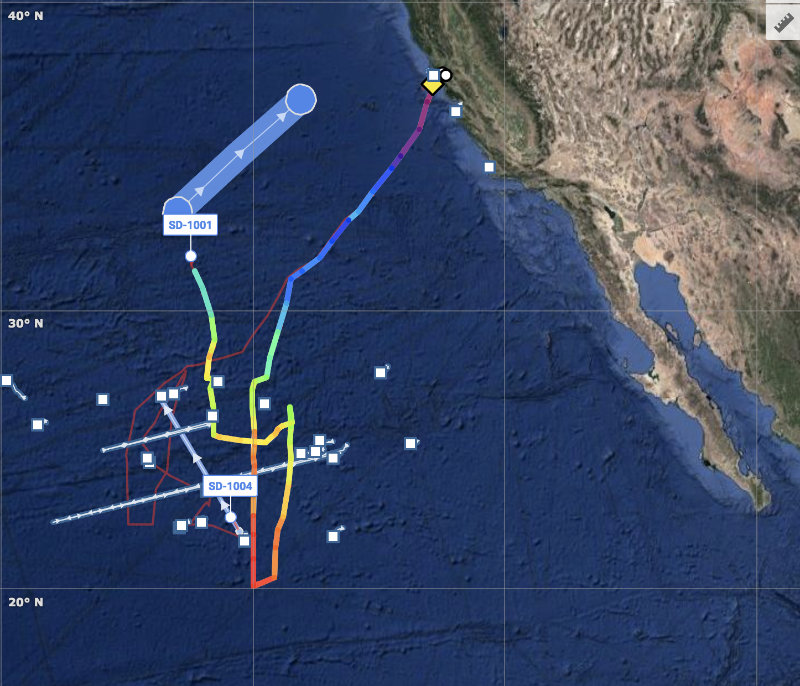 These apex predators are facing an unprecedented worldwide threat from climate change and overexploitation—white sharks are a source of protein for humans across the planet. Critical to protection of apex predators is understanding the oceanic habitats they occupy.

Oceanic ecosystems, from genes to whole organisms and the biogeochemical processes driving their productivity and connectivity, are not well understood. This Saildrone mission, conducted in partnership with Dr. Barbara Block of Stanford University and the Schmidt Ocean Institute, explored the North Pacific Subtropical Gyre (NPSG).

Satellite tagging has revealed that white sharks tagged in the coastal waters of California migrate annually to a region called the “White Shark Café,” a virtually unknown area situated in the NPSG halfway between Hawaii and Baja. Why these apex predators leave the productive California coast and migrate offshore, spending months in an oceanic desert, was a mystery.

The Saildrone cruise was part of a multidisciplinary team of oceanographers, engineers, marine ecologists, and molecular biologists from four institutions, accompanied by a film team, on an expedition to the Café, including the R/V Falkor, who shared a common goal in describing the oceanographic environment and the epi- and mesopelagic ecosystems of the Café, and to locate tagged white sharks and investigate their behaviors in situ to learn why these offshore waters are vital to their life history. 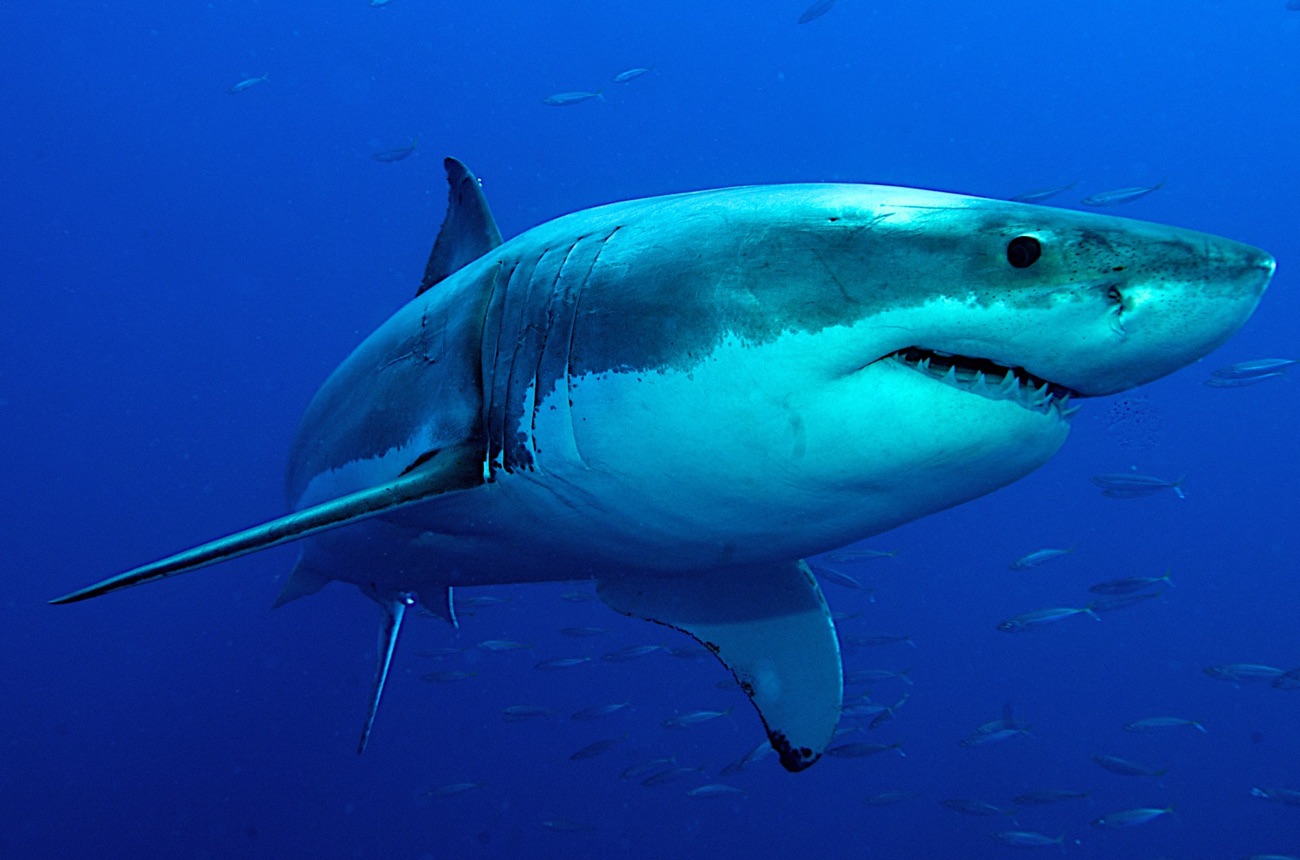 About the data set 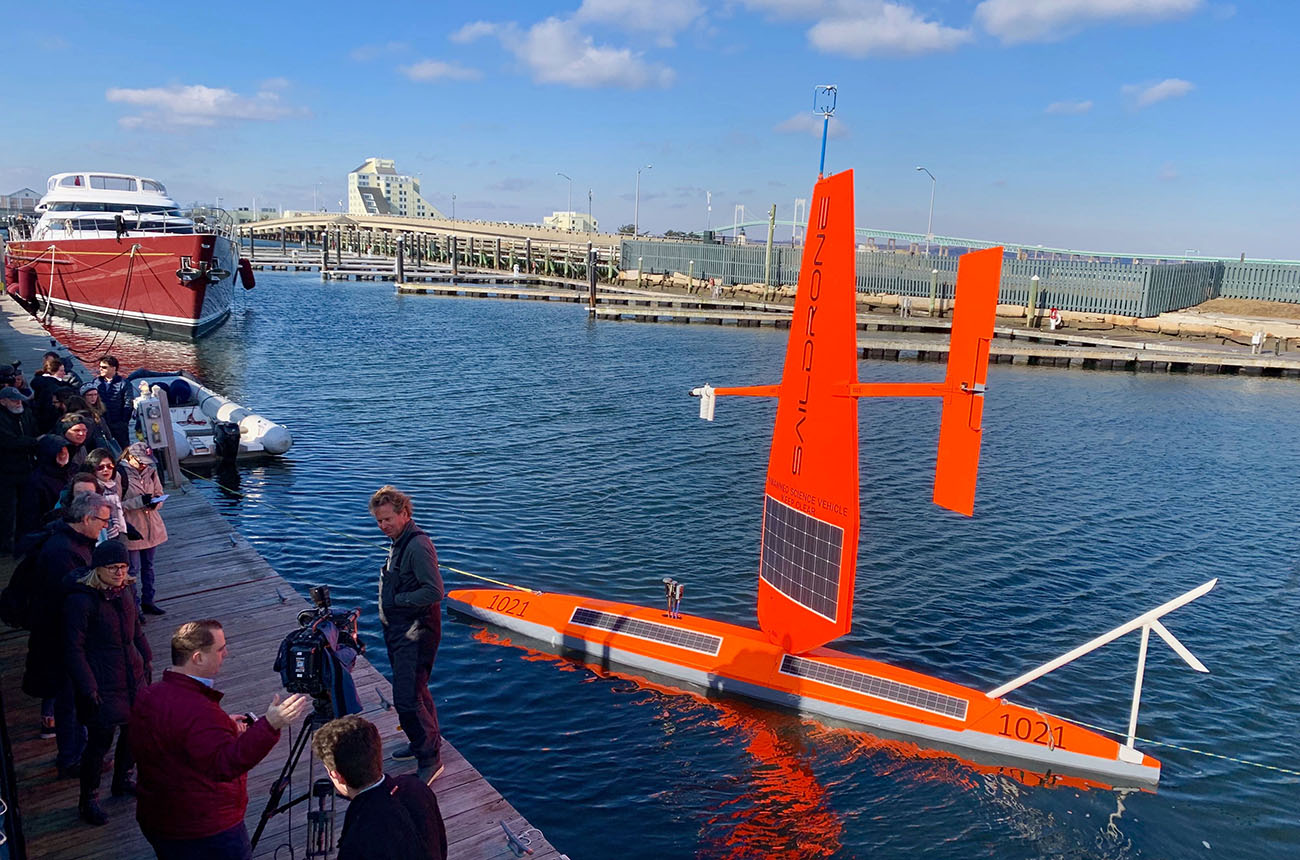 In January 2019, a Saildrone USV was launched from Newport, Rhode Island, in collaboration with the University of Rhode Island’s Graduate School of Oceanography. The scientific objective of this campaign was to quantify air-sea heat and carbon exchange in the Gulf Stream while also assessing a saildrone as a potential platform to reduce uncertainties and build a mechanistic understanding of the key time/space scales and processes governing these exchanges in Western Boundary Current regions. 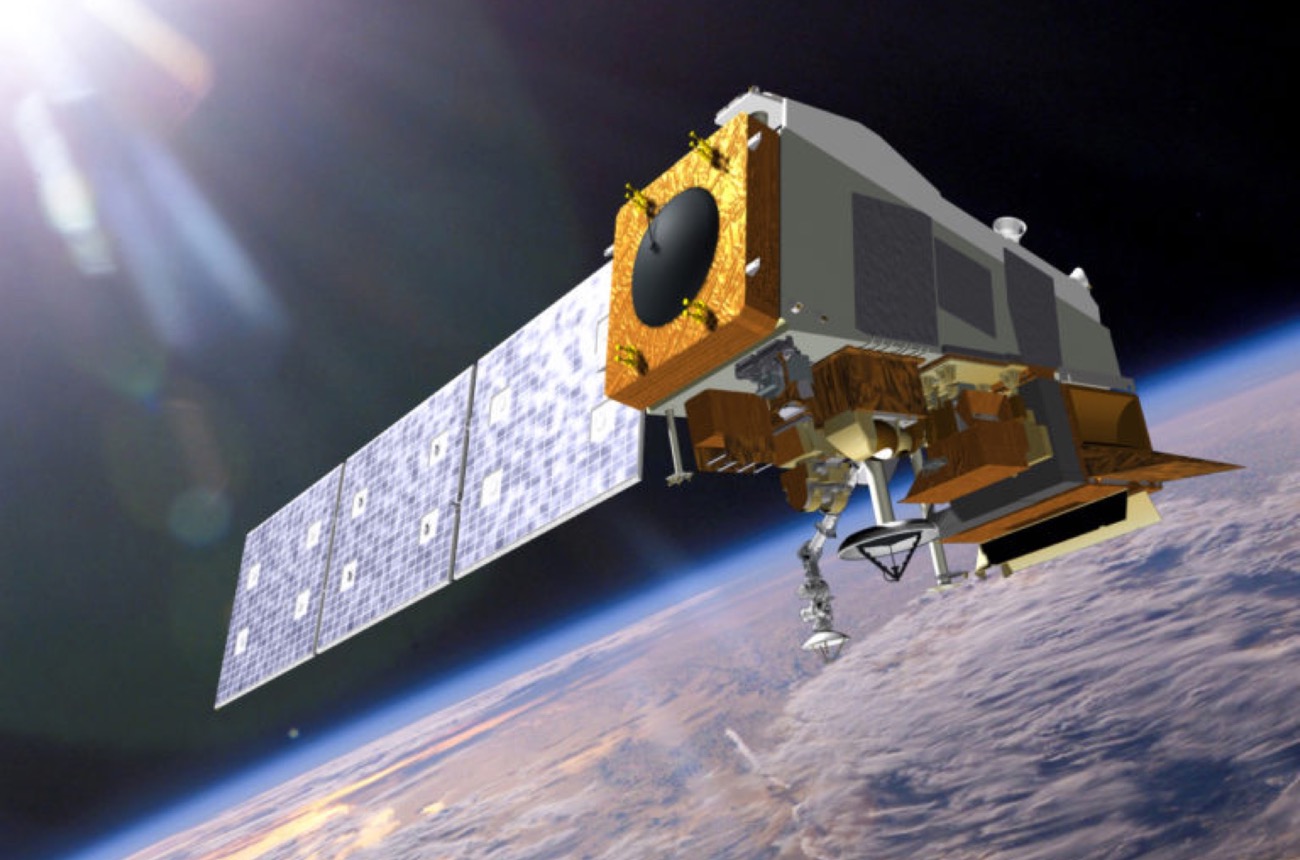 In the summer of 2018, a Saildrone unmanned surface vehicle (USV) was launched in San Francisco to follow a course south along the US/Mexico coast toward Guadalupe Island. A coalition of 23 scientists involved in 17 projects tracked the saildrone across the highly variable California Current System with two main areas of focus: To assess the utility of Saildrone measurements for satellite sea surface temperature (SST) validation and model assimilation; and to study air-sea heat flux along dynamic frontal regions using Saildrone’s core payload of sensors and an Acoustic Doppler Current Profiler (ADCP). 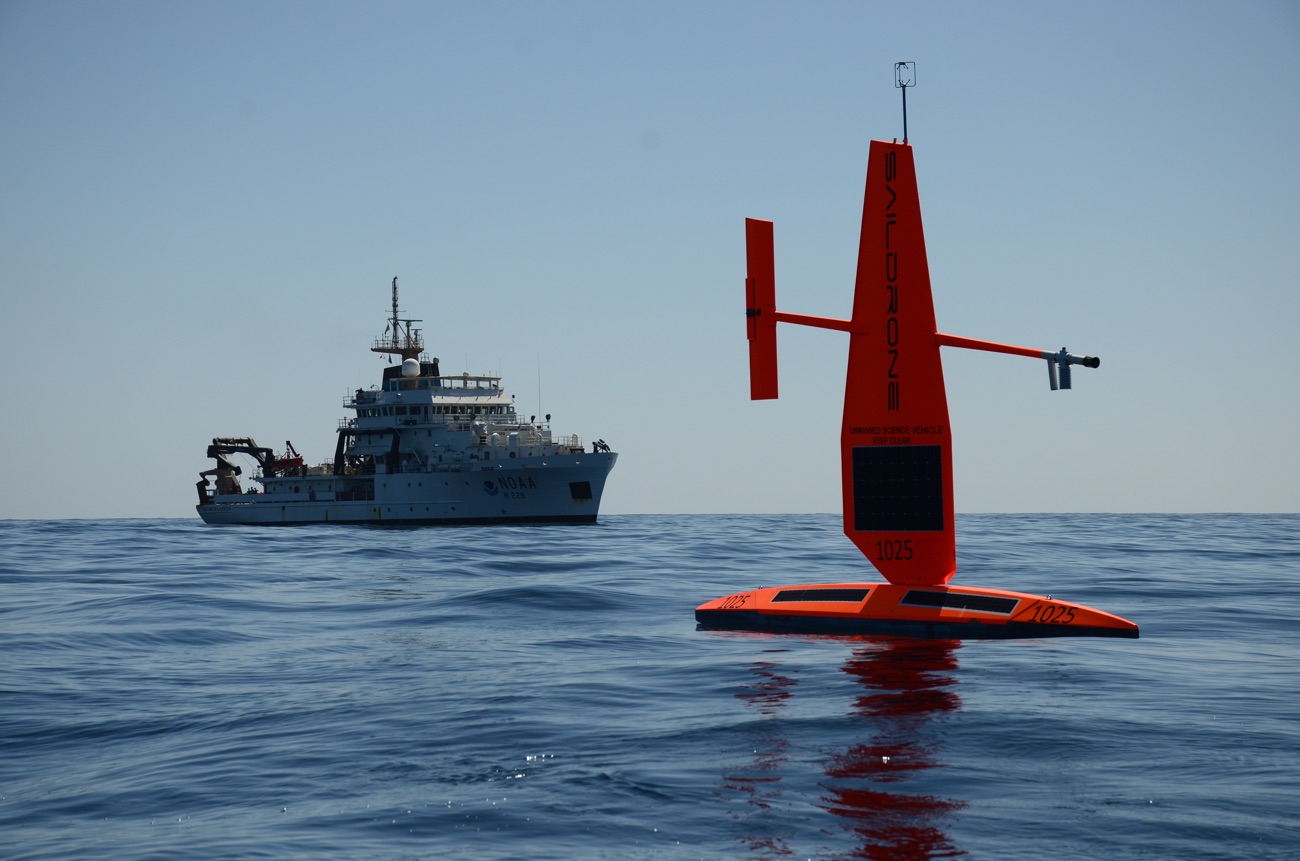 Fish stock assessments along the West Coast provide an essential view into fish populations and are integral to setting fishing rules and limits for the commercial fishing industry. In the summer and fall of 2018, five saildrones set off in a partnership with NOAA to improve the efficiency and accuracy of the West Coast assessment. This was the first integrated USV and ship survey of the North American West Coast.