What Is a Saildrone?

Saildrone missions are executed as a fully managed service from start to finish: We handle the transport of the saildrone to the area of operations, launch and retrieve the USV, and deliver high-resolution data in real-time and raw data post-mission. 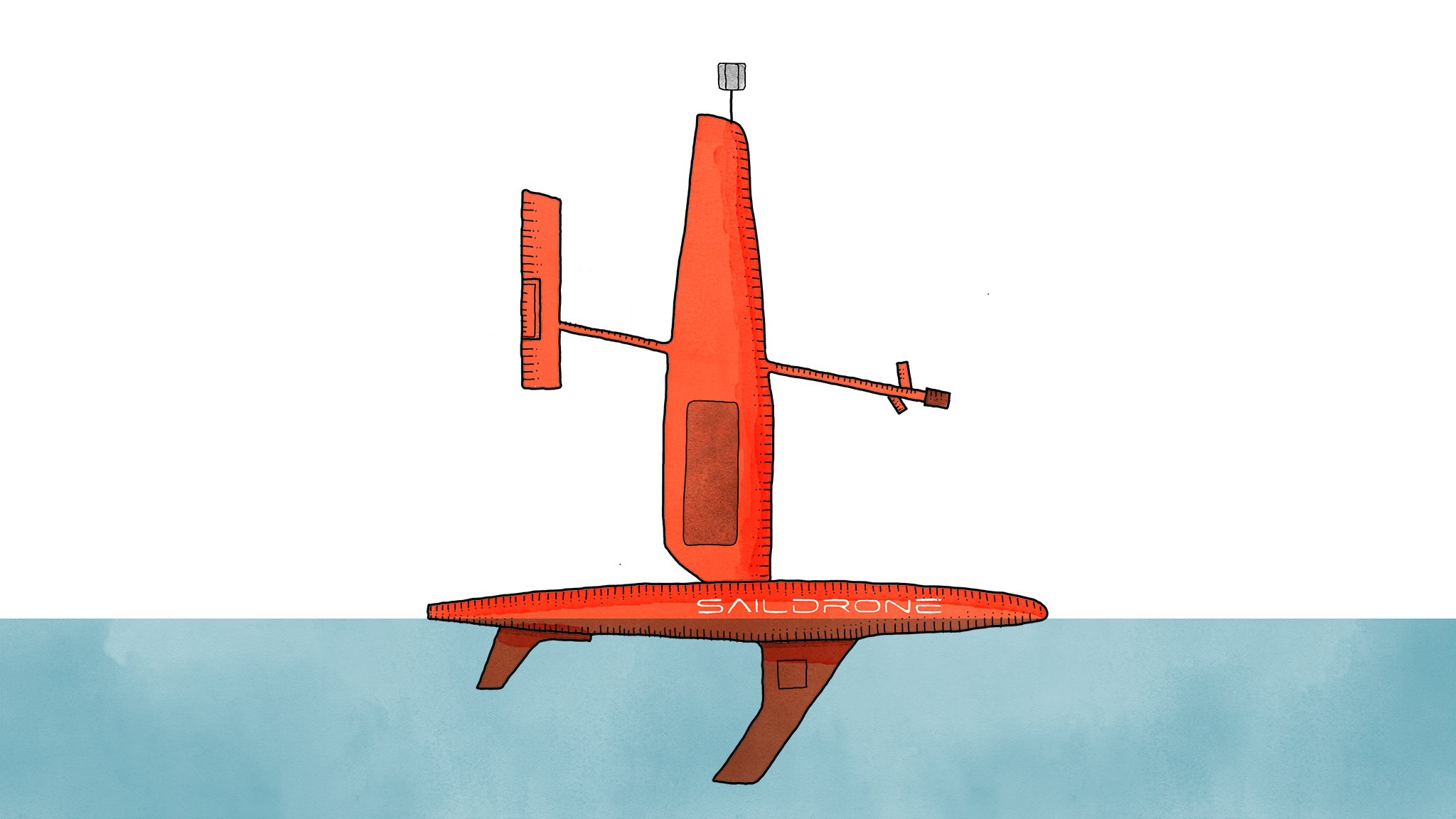 Saildrone’s patented propulsion system is the result of a 10-year research effort in high-performance landsailing and consists of a tall, hard wing, a longitudinal spar, and a vertical tail. A trim-tab on the tail adjusts the wing angle to the wind, similar to the way an elevator trim tab controls the pitch of an aircraft.

The Saildrone wing technology enables a mission duration of up to 12 months. Mission duration is only limited by bio-fouling (marine growth on the hull) in the tropics and mid-latitudes or the availability of light and icy conditions in high latitudes. An annual maintenance guarantees optimal data quality.

A Saildrone USV is significantly larger than it appears: Each vehicle consists of a narrow seven-meter-long hull, a five-meter-tall wing, and a keel with a 2.5-meter draft. Saildrone USVs weigh approximately 750 kilograms and can be launched and recovered from a dock.

Saildrone USVs travel at an average speed of two to three knots and can reach top speeds above eight knots (nine miles per hour). Sailing 100 kilometers per day on average, these USVs can reach most ocean locations within 30 days from the closest shore and cover large survey areas.

Saildrone USVs are under the constant supervision of a human pilot via satellite and navigate autonomously from prescribed waypoint to waypoint, accounting for wind and currents, while staying within a user-defined safety corridor.

To further ensure safe operation, each USV is equipped with an automatic identification system (AIS) transceiver, navigation lights, radar reflector, high visibility wing colors, and four onboard cameras. Safety is a top priority, and Saildrone is proud of its strong track record of safe operations.

The USVs have also been equipped with acoustic Doppler current profilers (ADCP), scientific echo-sounders for biomass assessment and bathymetry surveys, and passive acoustic recorders for marine mammal studies. The sensor package is connected to onboard computers that transmit the data via satellite communications to our shore-based data centers. 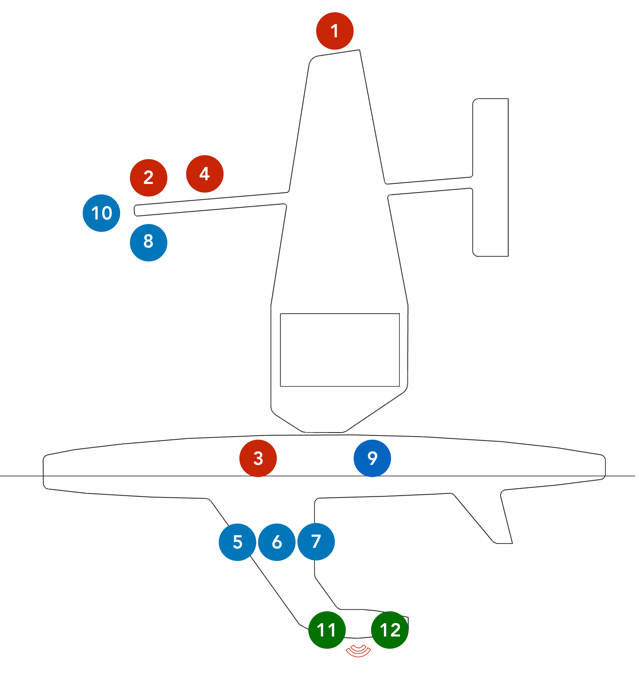 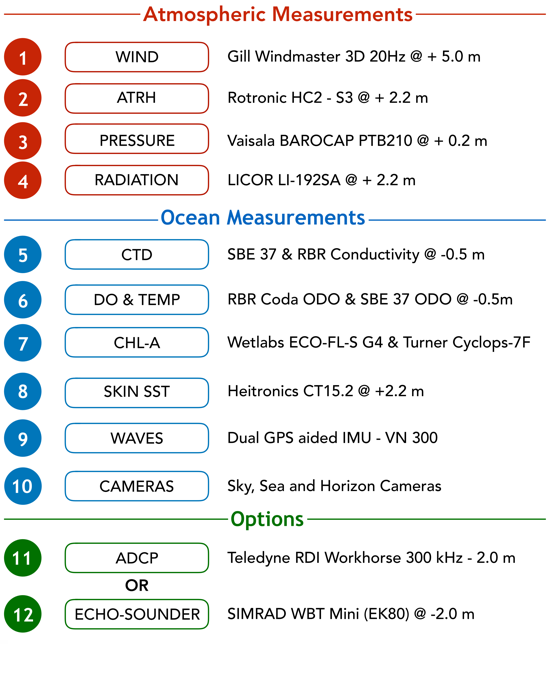 The promise of autonomous technology has always been to lower the data acquisition cost by order of magnitude. In turn, this reduction in cost enables very large-scale geospatial coverage for persistent or adaptive observations.

We’re building a global fleet of 1,000 saildrones targeting planetary coverage at a 6x6 degree resolution—that means one saildrone per 360 nautical miles squared. Our goal follows the successful Argo network blueprint of 4,000 ocean profilers, which are quantifying the heat content of the deep ocean at a 3x3 degree resolution.

By augmenting satellite and sub-surface profilers, the in-situ saildrone surface network aims to become a vital enabler of a near-real-time planetary scale monitoring system we call “The Quantified Planet.”

In a rapidly changing climate, the efficient delivery of environmental data at a high spatial and temporal resolution will become increasingly important.

After all—we can’t fix what we can’t measure, and we can’t prepare for what we don’t know. 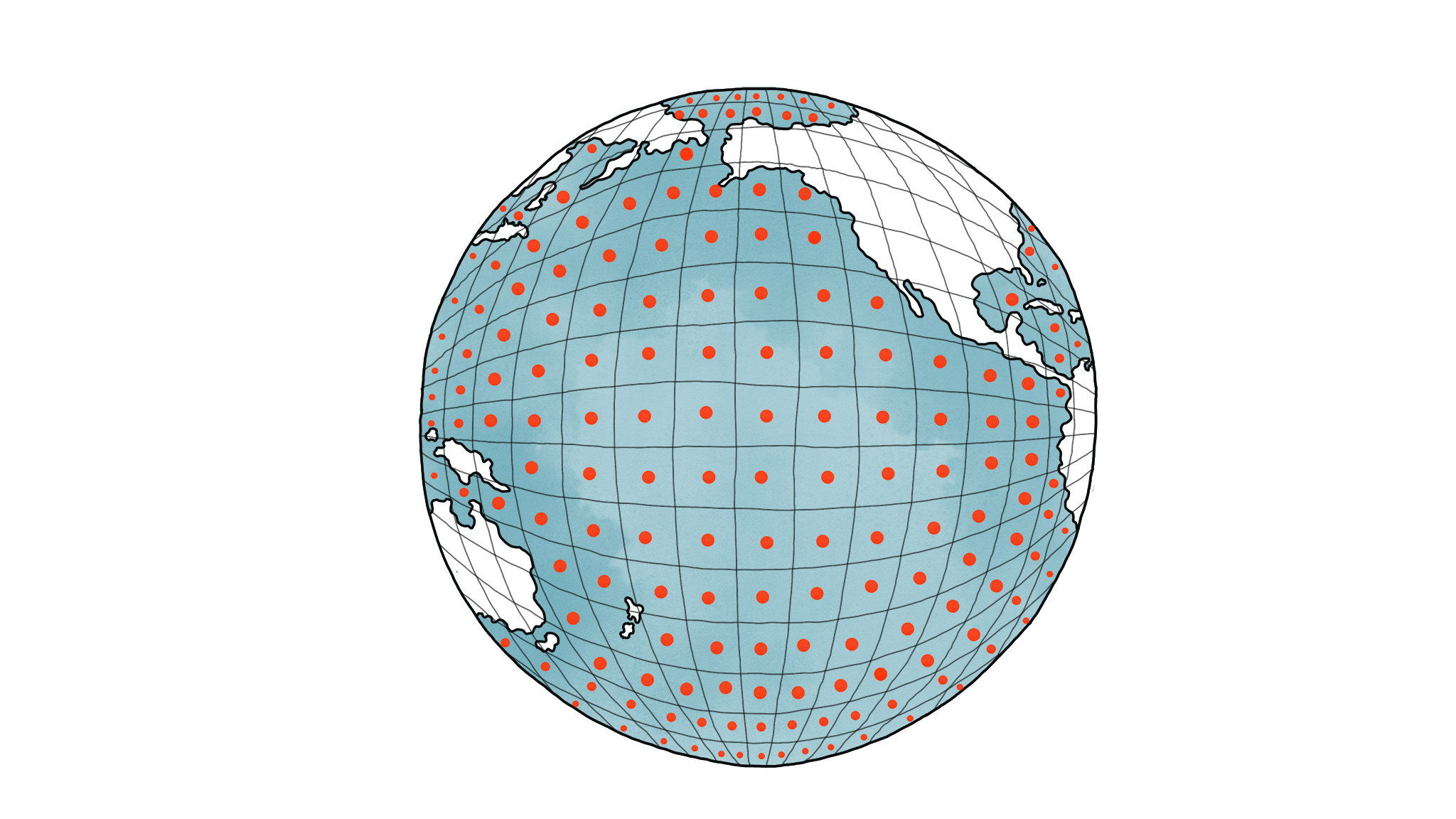 Plan Your MissionExplore Our Data