The fastest Atlantic crossing by an autonomous vehicle, and the first vehicle to cross the Atlantic in both directions.

SD 1021 arrived in the United Kingdom from Bermuda in August 2019 after 75 days at sea, setting a record for the fastest Atlantic crossing by an uncrewed vehicle. On its return trip, SD 1021 took the direct northern route, sailing predominantly upwind and against the current, completing the 3,402-nautical mile passage in just 68 days and becoming the first unmanned technology to transit in both directions across the Atlantic.

SD 1021 recorded current strength and direction in the North Atlantic, collected metocean data related to climate science, and demonstrated the endurance and reliability of the Saildrone platform. 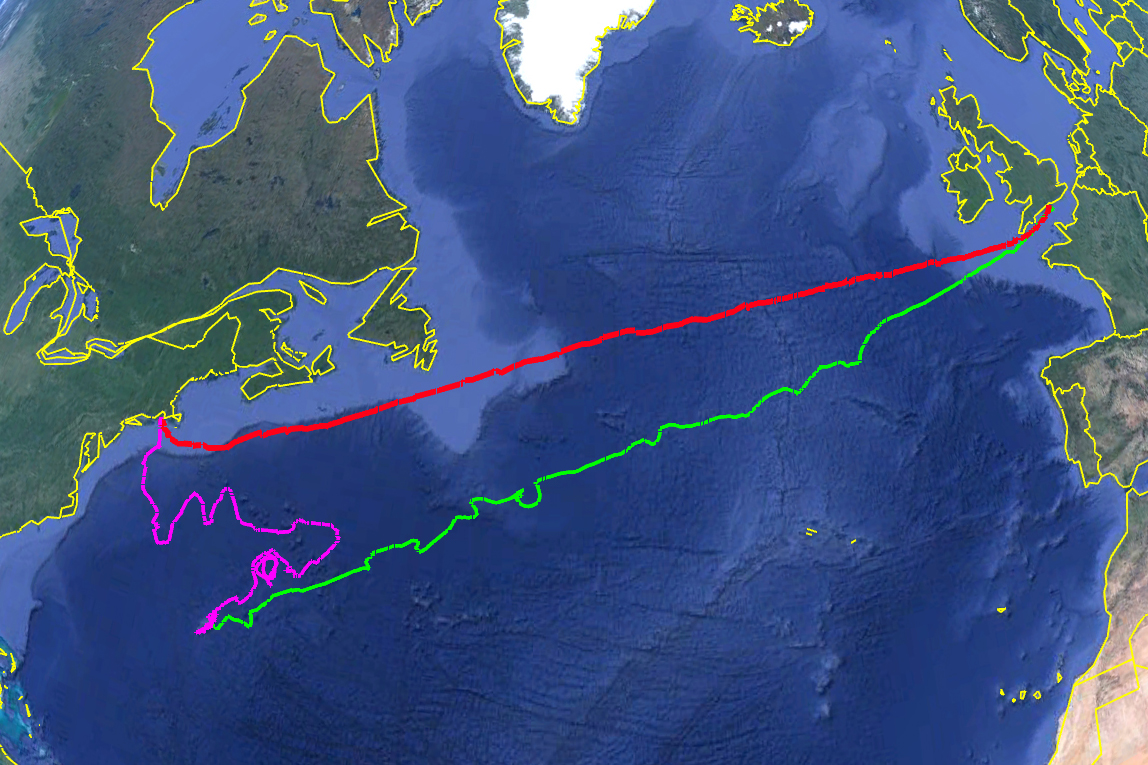 Find Out How Autonomous Technologies Can Help You Achieve Your Objectives

Tell us about your ocean data needs and get started planning your mission today.