A Scientific Voyage of Global Significance

Saildrone USVs provide an unprecedented opportunity to learn about distant marine environments. Powered by wind and solar energy and equipped with an array of instruments to monitor ocean and atmospheric conditions, three saildrones departed New Zealand on an epic voyage: the first-ever autonomous circumnavigation of Antarctica, with the generous support of the Li Ka Shing Foundation.

Scientists from around the globe provided inputs into the mission plan as the saildrones explored the Southern Ocean’s diverse ecosystem, studying topics ranging from krill abundance and penguin behavior to carbon fluxes and ocean acidification.

After 196 days at sea, the first of the three saildrones, SD 1020, successfully completed the first autonomous circumnavigation of Antarctica! 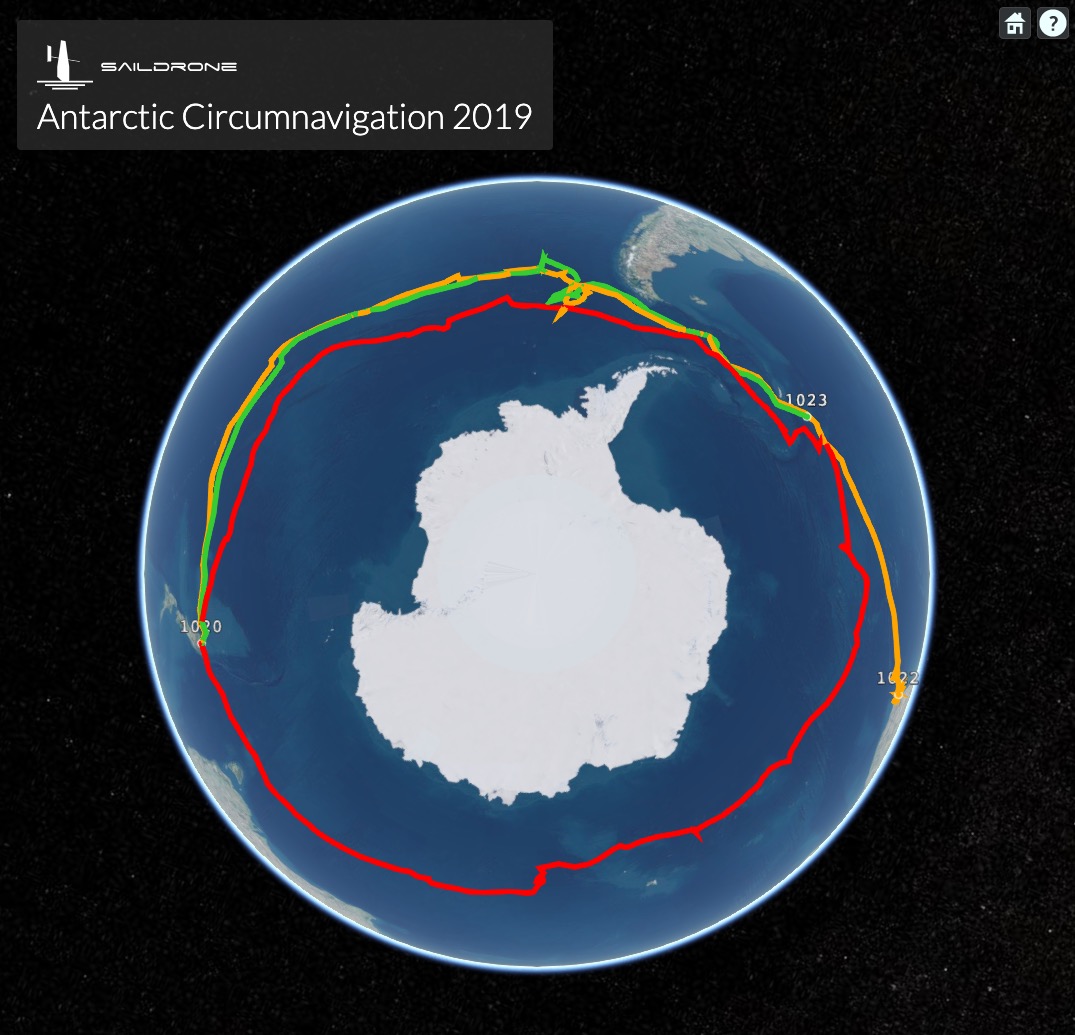 Bringing Antarctica to the Classroom

Teachers can access a series of STEM-oriented lesson plans inspired by the 2019 Antarctic Circumnavigation and developed by the 1851 Trust, a UK-based education charity committed to inspiring young people to become future innovators and environmental stewards. The curriculum is offered free of charge to teachers around the world for use in their classrooms, along with the interactive mission map and weekly blog posts.

Saildrone collaborated with scientific experts from around the globe to guide the vehicles along the way and address some of the key scientific objectives listed below.

Saildrones characterized areas where tagged penguins and seals feed to study the relationship between predators and prey.

Saildrones measured the rate of CO2 absorption and/or emission by the Southern Ocean with scientific precision.

OUR SCIENCE COLLABORATORS INCLUDE

SD 1023 was one of three saildrones deployed as part of the 2019 Antarctic Circumnavigation that sought new scientific insights in the Southern Ocean.

Bring Antarctica to Your (Home) School

Explore the Southern Ocean with your kids—these fun and engaging STEM-oriented lesson plans discuss the incredible aspects of the Antarctic ecosystem and how it affects the rest of the planet. Download for free!