3,200 nautical miles of survey, from Cabo Verde to Trieste

From the Atlantic to the Mediterranean

Saildrone unmanned surface vehicles (USVs) provide an unprecedented opportunity to learn about distant marine environments. Powered by wind and solar energy and equipped with an array of instruments to monitor ocean and atmospheric conditions, saildrones can perform missions up to 12 months in the harshest ocean conditions without disturbing the marine ecosystem they are surveying.

Phase 1: The vehicles sailed south toward Cabo Verde where they completed an eddy survey of the Canary Current Upwelling System (CanCS) off of West Africa led by the Helmholtz Centre for Ocean Research (GEOMAR).

Bringing Together the Ocean Science Community

The ATL2MED mission represents Saildrone’s commitment to the power of the public-private partnership model.

ATL2MED was generously sponsored by PEAK6, a private technology and investment firm started by Jenny Just and Matt Hulsizer. By supporting the ATL2MED mission, PEAK6 sought to catalyze world-class science, encouraging participants to think differently and use cutting-edge technology to accelerate new insights about our oceans that impact humanity.

Scientists from 12 oceanographic research institutions from seven countries provided inputs into the mission plan as the two saildrones moved through the phases of the ATL2MED cruise. Saildrone and the participating research organizations contributed to the mission through a combination of financial and in-kind contributions.

Saildrones measured the rate of CO2 absorption by the Atlantic Ocean and Mediterranean Sea using the high-accuracy ASVCO2 sensor developed by NOAA PMEL.

Saildrones surveyed eddies in the Canary Current Upwelling System to understand the transport of biogeochemical properties and biomass distribution.

OUR SCIENCE COLLABORATORS INCLUDE

You can follow the progress of SD 1030 and SD 1053 using the interactive map below, along with mission updates, and in-depth blog posts. 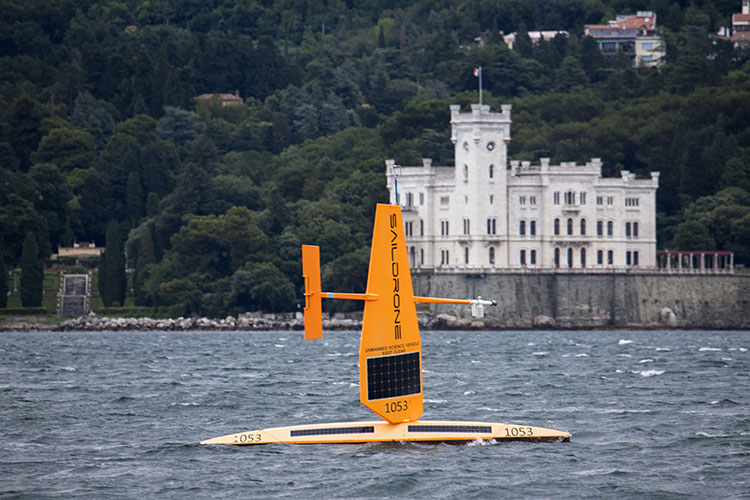 The saildrones are navigating busy waters off the coast of Venice on approach to the Gulf of Trieste! 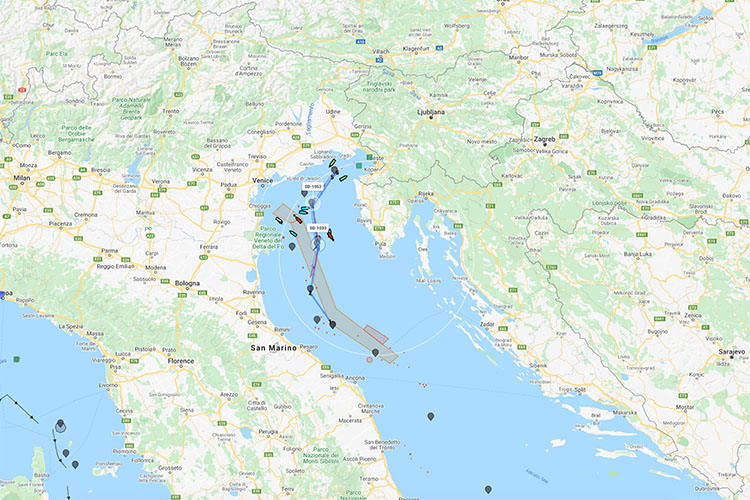 SD 1030 and SD 1053 have completed their work around the E2M3A observatory in the South Adriatic and are now sailing north toward their final two objectives before the mission ends in Trieste!

The saildrones are working with a subsurface glider along a transect between Italy and Croatia to collect CO2 comparison measurements. 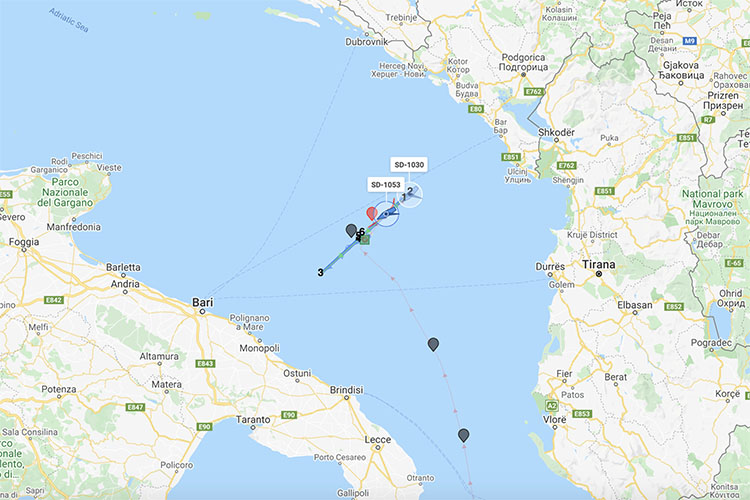 Read more stories from the 2020 Atlantic to Mediterranean mission

Atlantic to Med: An Historic 5,000+ Nautical Mile Voyage for Science

Data collected by two saildrones and a subsurface glider along a transect between Italy and Croatia will be intercompared with that of the E2M3A ocean station.

As part of the Atlantic to Mediterranean mission, two saildrones studied CO2 air-sea fluxes due to volcanic activity in the vicinity of the Aeolian Islands.